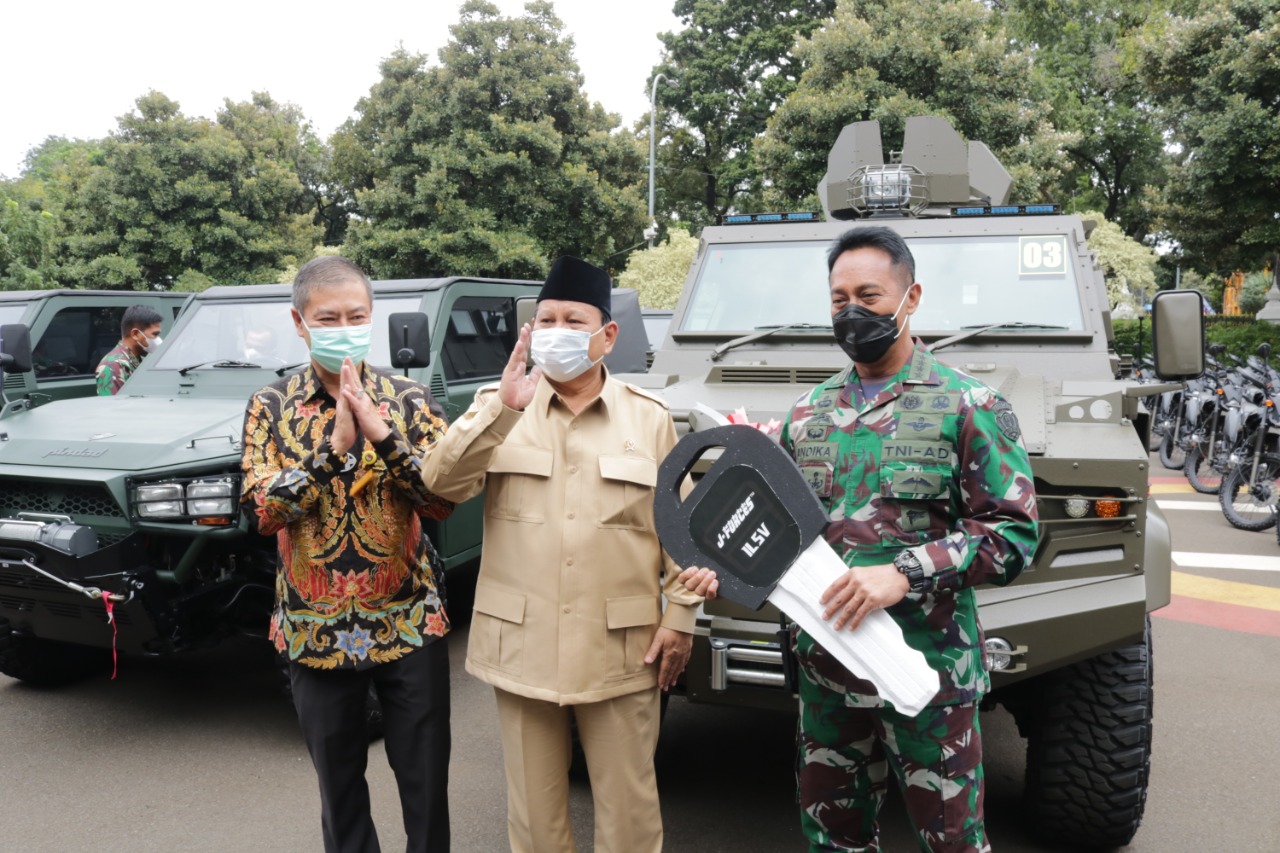 The handover of the tactical vehicle (Rantis) to the TNI was carried out symbolically when Defense Minister Prabowo gave the car keys to the Army Chief of Staff General Andika Perkasa, after the second day of the 2021 Defense Ministry Meeting, Wednesday (13/01/2021).

Meanwhile, the Spokesperson for the Minister of Defense, Dahnil Anzar Simanjuntak explained that the vehicle was intended to support TNI operations in various regions in Indonesia.

Danhil also said that this was the Ministry of Defense’s effort to support the increase in domestic defense equipment production.

“The development of the defense industry is an integrated part of strategic planning for the management of national resources for the benefit of national defense and security,” he said.

The ILSV J-Forces specifications are capable of carrying out assault, reconnaissance, communication, long-distance patrol and humanitarian assistance missions. In addition, the Rantis ILSV J-Force, is coated with a protective steel plate that can withstand ammunition attacks.

ILSV J-Force is a tactical vehicle made by Indonesians, which was manufactured in Bandung, this vehicle was made by PT. Jala Berikat Nusantara Perkasa with engineering support from PT Dirgantara Indonesia. (mbs)